On that latest episode of Upgrade a listener asked Jason and Myke how often they change the wallpaper on their various devices (Mac and iOS).

This got me to thinking about my lovely iPad Pro’s screen and how I couldn’t even remember what my lock screen wallpaper was set to. For the record this is it: 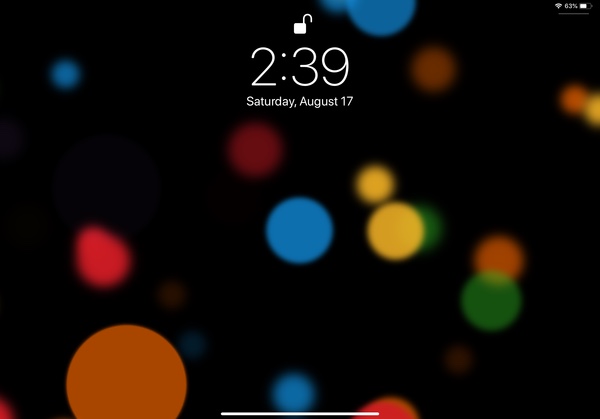 That's one of the stock animated options. Cool.

Now that I’m a father of twin boys (yes, this is turning into a daddy blog! 🙄) I’ve been taking a lot of pictures of babies – 1,028 pictures over the last 5 weeks to be exact.

I’ve long resisted giving Apple money for more iCloud storage since I have a ridiculous amount of Dropbox storage, but a shared Photo Album seemed like the easiest way to share all these pics with Marisa and vice versa. Turns out it is! The process is dead simple and working quite well.

Which lead me to thinking about that darn iPad lockscreen.

Now that I’m using Photos more heavily I've noticed the “machine learning” albums that Photos dynamically generates for you tucked in the “For You” section of the app.

If you aren’t familiar, using some sort of techno-magic the Photos app creates slideshows based on photos it thinks go together (they are taken on the same date or in the same place, or feature the same people). Then you can play them, with some music, for a stroll down memory lane. You can even edit the display options to customize the show to your liking.

Here’s a screenshot of some albums created for me: 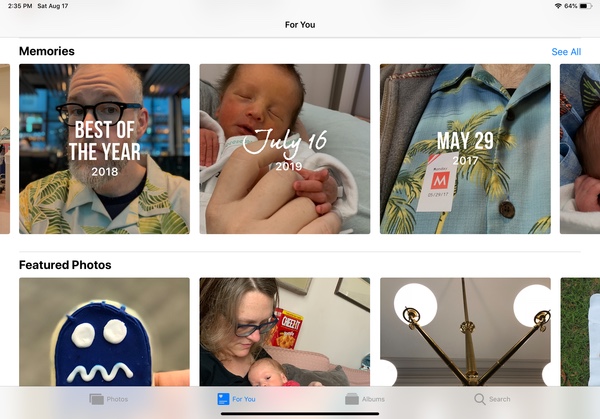 These are neat, but what I’d really like is to be able to display either a specific photo album or a generated one on my iPad's lockscreen.

Sure, I don’t stare at my lock screen for long stretches of time but it would be lovely to have a different picture (or montage of pictures) show up each time I wake up my iPad. I think it would add a little delight and whimsy to my iPad. And you could have have a setting that turns the iPad into a very expensive digital frame!