A few weeks ago I got an email letting me know that I had a free night at a Kimpton Hotel offer that was soon to expire. Since our anniversary was approaching we decided to book a room in Washington, DC.

Yesterday we hopped on a train and ended up in Union Station: 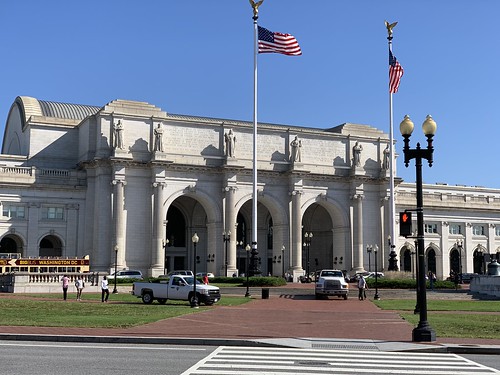 We took a selfie in front of the Capitol (and didn't run into any senators!). 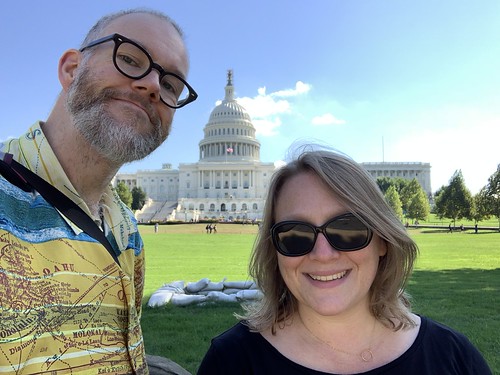 And then we took a stroll through the Botanical Gardens (which Marisa had been to many times to teach classes but never had the opportunity to actually see!). 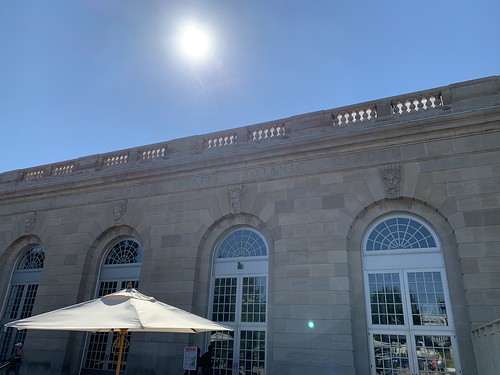 There was a water feature! 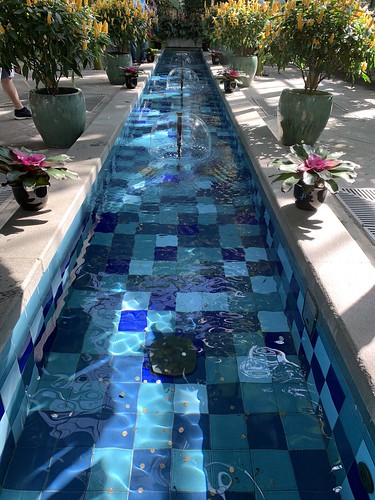 None of the fruit was ready for picking, but you shouldn't pick it anyway! 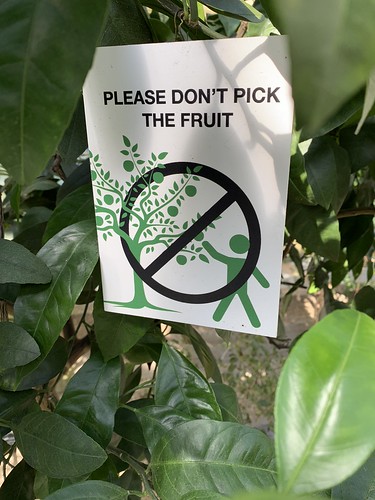 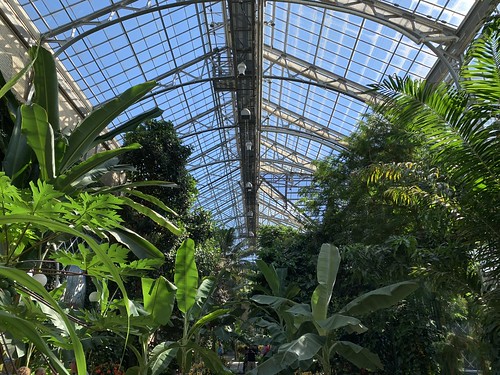 And pictures of plants. 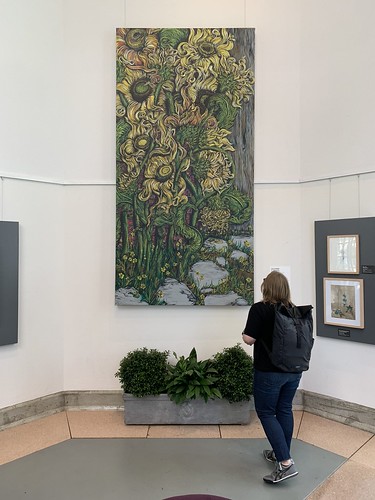 Then we headed to the National Museum of the American Indian (which I had been to 13 years ago!) 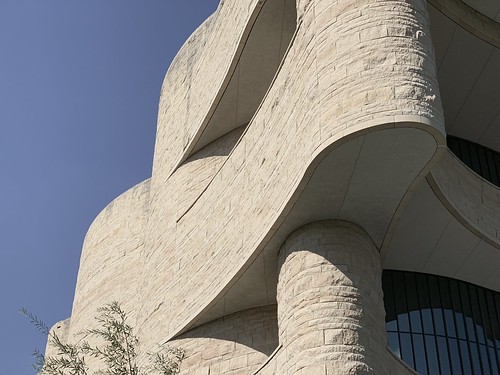 I didn't take a lot of pictures in the museum because it bummed me out. The US Government has been pretty terrible to the American Indians. But he's a statue of George Washington chilling with some American Indians. 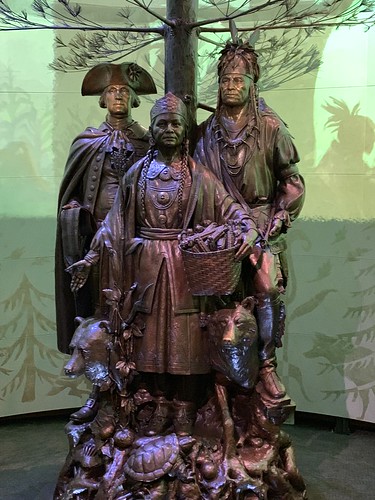 This was in our hotel room. Very dramatic. 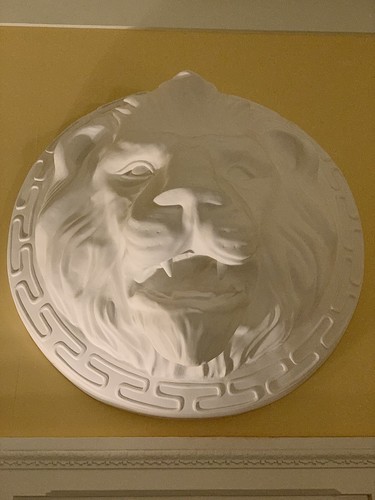 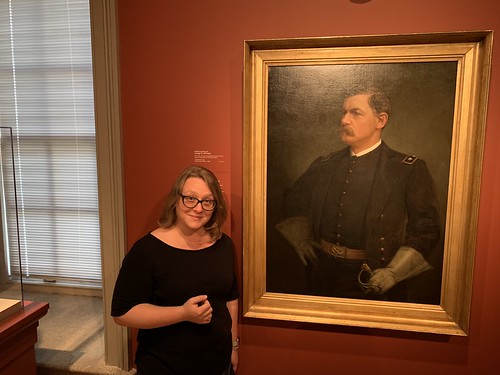 It would seem to Obama portraits have increased visitorship to the National Portrait gallery threefold. 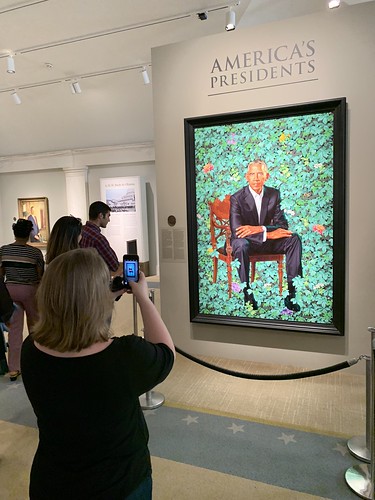 William McKinley or a vampire? You decide. 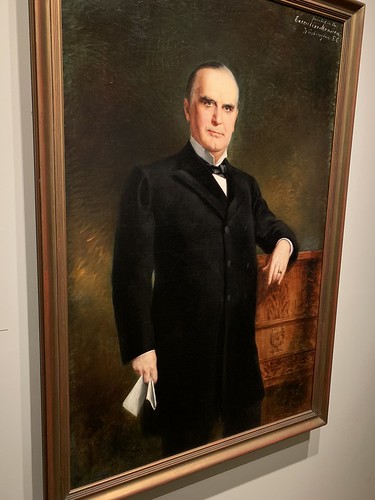 My brunch was pretty tasty. 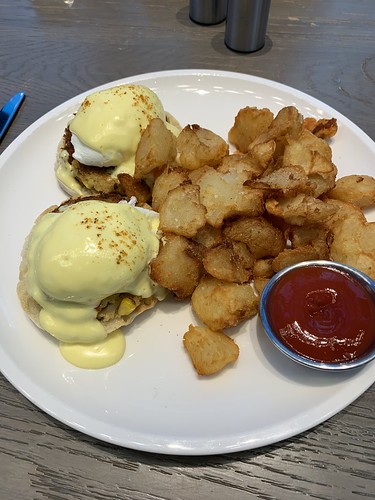 Then we headed to the Air and Space Museum, which was a favorite of mine as a kid. Luckily, it seems have changed very little in 25 years. Ok, that wasn't so lucky as many of the exhibitions were looking a little worse for wear. 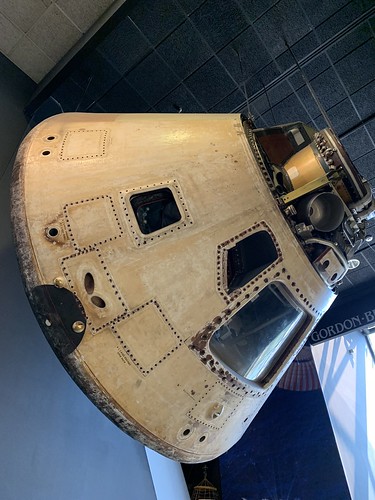 But I was really there to see this original filming model of the Enterprise. We got there a little before 1pm without knowing that they light up the model for 10 minutes at 1pm! 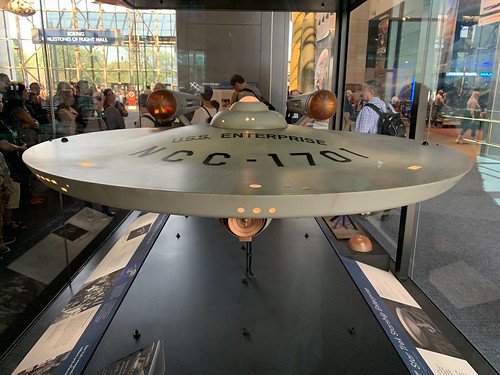 Here it is sans lights. 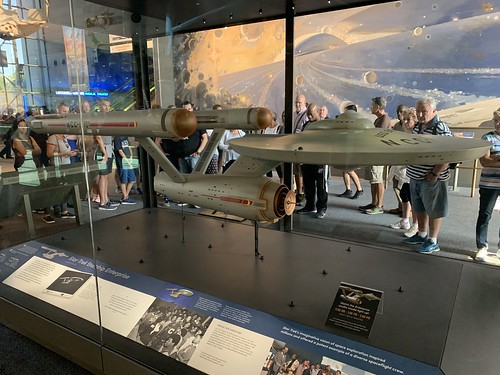 We saw some sculpture. 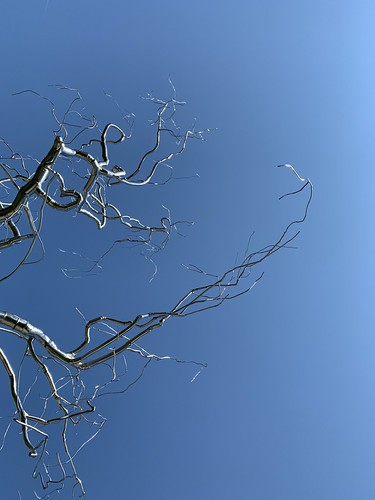 And then visited the National Postal Museum, which I didn't have high hopes for. Turns out, it is a pretty good museum. 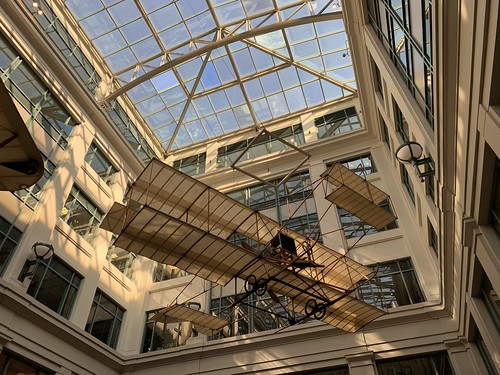 And they have a sweet statue of Ben Franklin. 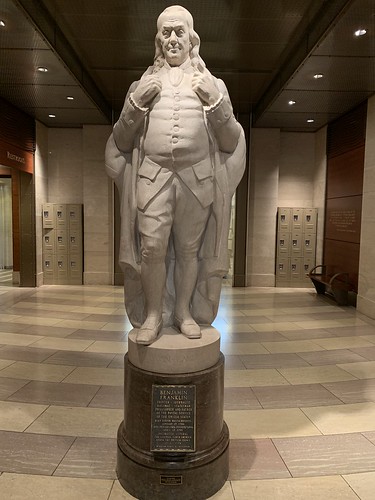 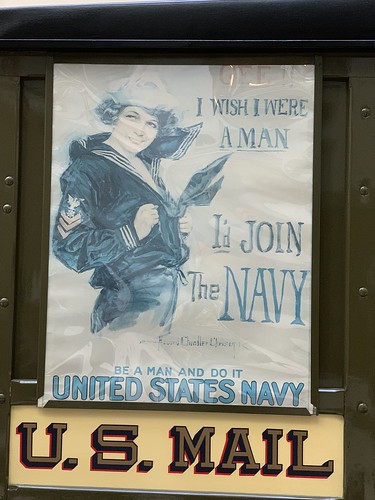 This was on the ceiling. 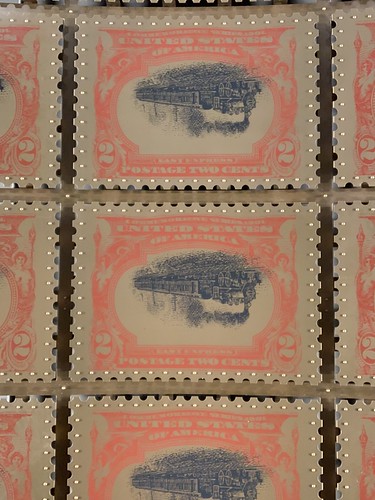 All in all a good time was had by all.

Life has an impact

@foodinjars told me I should doodle more.

iOS 12 on an iPad review in 3 screenshots 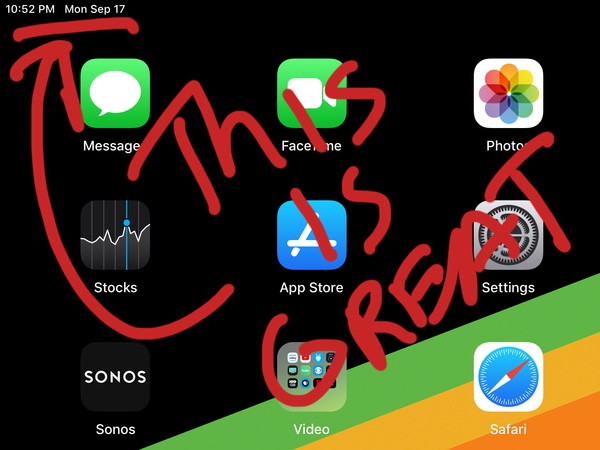 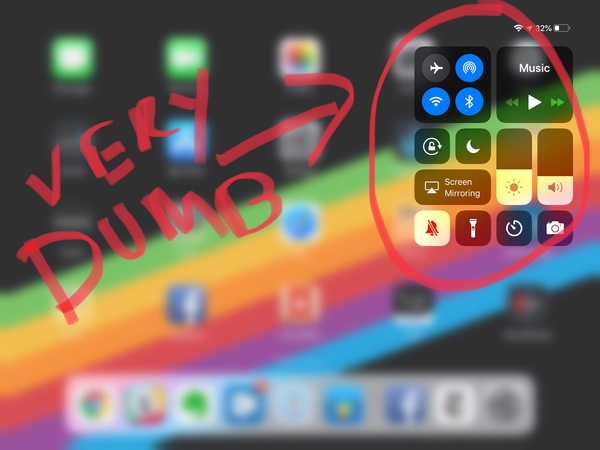 Apple, I know where I want my apps: 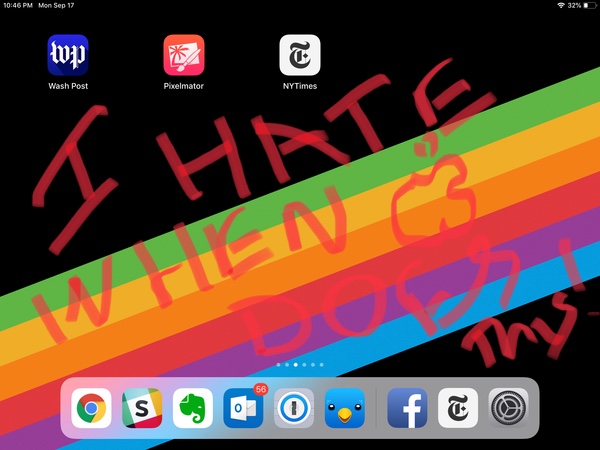 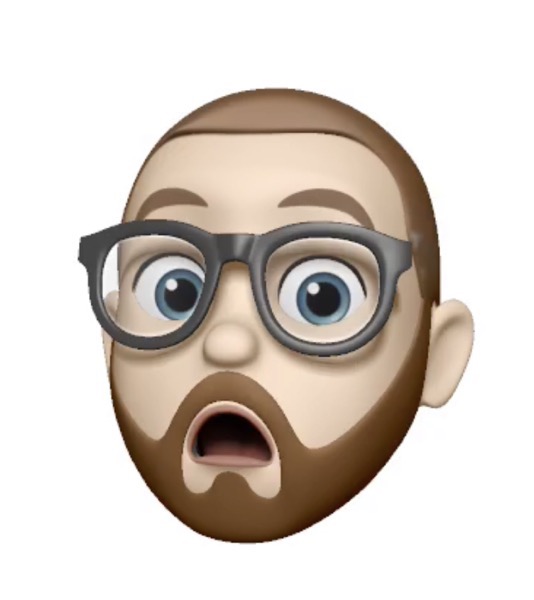 I'm a gadget guy, and I like to live on the edge. Therefore, I installed iOS 12 on my iPhone as soon as it became available (iOS is the software that powers your iPhone).

After reading a few reviews, I was expecting to be impressed. Or at least to notice... something. I do like the grouped notifications... kind of. But that's really the only thing I've noticed (but I did create a a "Memoji" because of course I did).

I will say that iOS 12 makes me glad that I don't have to spend my time writing about iOS 12. 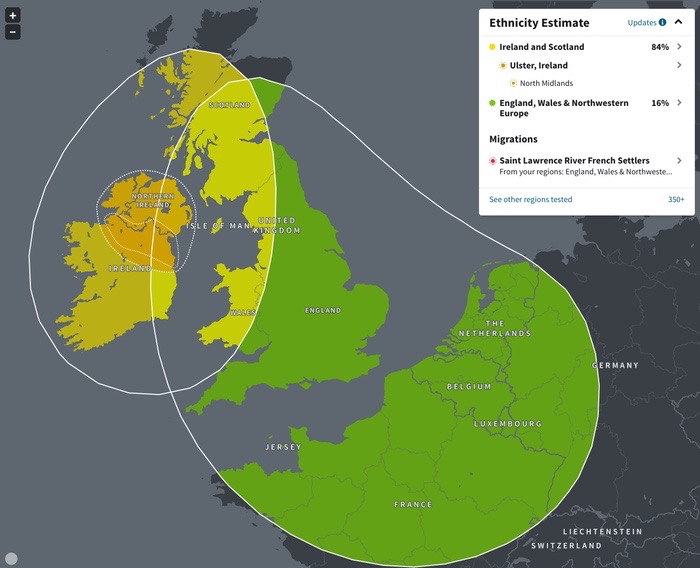 I spat in a tube awhile back and sent my saliva to the Mormons so they could analyze it (a.k.a. I signed up for Ancentry.com's DNA service).

I got an email from Ancestry that told me my DNA results had been updated, since they were able to match my DNA against more samples. I was excited to see what the results might be!

As you can see, it turns out I'm even less interesting than I thought. I'm now 84% from Ireland and Scotland (mostly Ulster) and 16% Englad/Wales/Northwestern Europe.

I'm no longer a Viking. Sigh.

Now I want to walk to the PHL Airport

I don't drive, which is a difficult idea for some people to comprehend.

Generally, it works out fine. I live in a city with pretty good public transportation, I like to walk a lot, and I'm married to someone who does drive (though I very rarely ask her to drive me somewhere since I made a choice not to get a license I feel like I can't expect her to chauffeur me around! Plus there are many ways to get places so it isn't too much of a problem. At least that's my side of the story!).

The only times in my life that I've been even slightly annoyed by my lack of the ability to legally operate a motor vehicle is when I am traveling. Specifically when I'm trying to leave, or go to, an airport outside of Philly.

In Philly it is super easy for me to get to the airport and I even have several options. However, one option I've never considered was walking.

That is until I read this post in which Ian describes his various successful, and not so successful, walks from airports to downtown locations.

It also reminded me of our recent trip to Ireland. 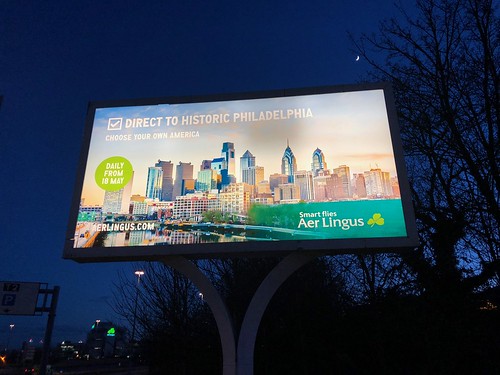 We started in Dublin and ended up in Dublin, but I knew for that last night we didn't want to stay too far from the airport since we had an earlish flight. I booked us a room at the Maldron Hotel which claims to be the closest hotel to the Dublin airport. A claim which I assumed was true, but I didn't realize exactly how close it was.

It was honestly such a great decision. Not only did we get a little exercise, but it was so stress free returning the car without the pressure of our flight time hanging over us.

What I'm saying here is simple: walk to the airport.