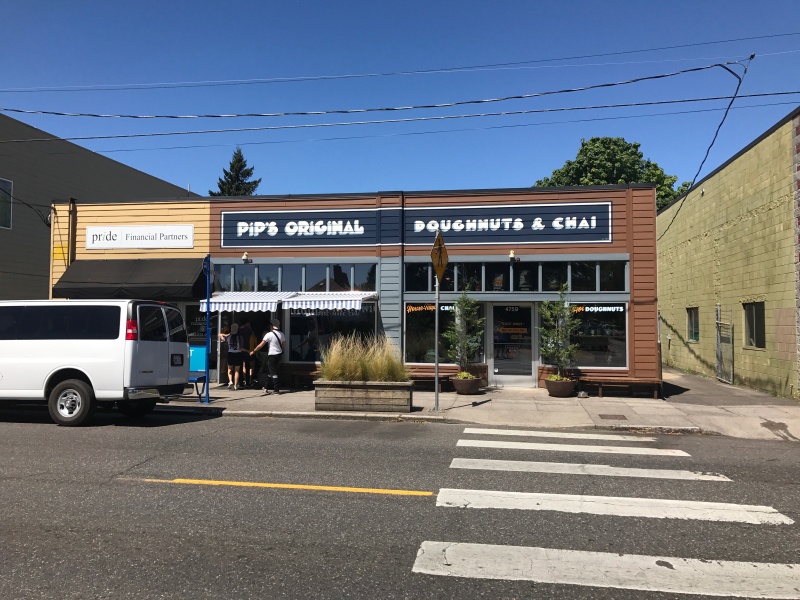 My doughnut tour of Portland concludes with 2 mini-doughnuts (Marisa ate the other two) from Pip's Original Doughnuts & Chai. I ordered the candied bacon doughnut and the cinnamon sugar.

They were tasty (and hot! Part of their deal is that the doughnuts are fresh to order) and I liked that they were only a couple bites each.

I still think that VooDoo is my favorite, though I like the aesthetic of Pip's. Though boo to them for not having the tshirt I wanted in XXL. Come on!

One response to “Pip’s Orginal Doughnuts and Chai”