Ghost of a Dream by Simon R. Green 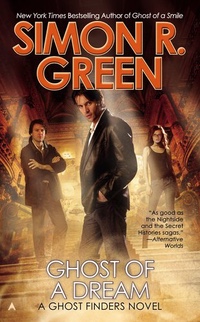 Simon R. Green writes several series and Ghost Finders is my least favorite. I only pick them up if I find them for cheap in used bookstores which is why I just read “Ghost of a Dream.” I paid $2. That might have been too much.

This isn't a good book, though it is a quick read. Why isn't it good? Well, in it we follow the adventures of a ghost finding team. The one thing, we are told, these people are very good at is knowing if something is a ghost or not. In the first part of the novel, which is totally unrelated to the rest of the book, the characters meet someone who turns out to be a ghost, but hid it from them. This is treated as a big deal since it can't ever happen. Then it proceeds to happen at least two more times in the book. Ug. And that's just one example of why you shouldn't read this book.

Who should read it: No one.

Would I read it again: No.