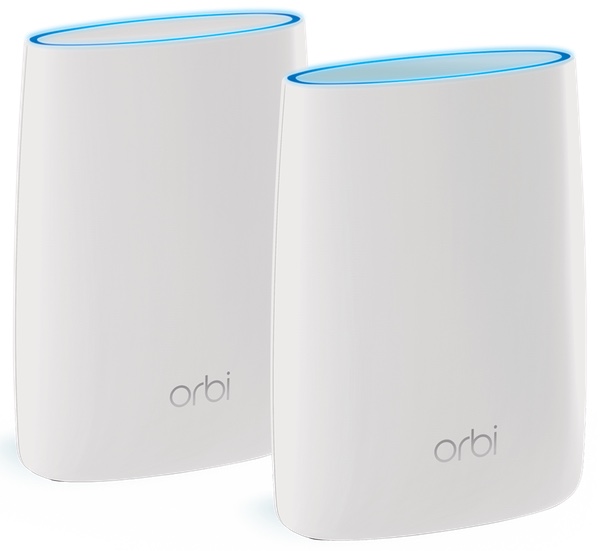 When it became clear that my Airport Extreme was on the way out (RIP, Airport Extreme) I had to decide if I should just get another one or opt for a different WiFi router. Being the clever consumer that I am I sensed Apple’s lack of commitment to their AirPort (and I was right!) so I went for something new and exciting.

I did what I always do and went to the Wirecutter and bought the WiFi router they recommended for most people. For whatever reason, when I set that router up half of my devices stopped working. So I returned it and bought the router the they recommended if you wanted all the bells and whistles (assuming that it was the lack of bells and/or whistles that was the stumbling block). Sadly, that router also ended up creating a network that some devices wouldn’t connect to (though different devices this time). I should point out that I don’t think the Wirecutter is wrong to recommend these routers; I have my network configured in a slightly odd way which I am sure is the real culprit.

After I returned the second router, and set the AirPort Extreme back up, I decided to go with Netgear’s Orbi. At this point I had read a lot about it, but it wasn’t actually available for purchase.

As soon as it became available I bought an Orbi (well, two Orbis in one package) and I am very very happy with it. I plugged it in, rebooted my Comcast router and everything worked right off the bat.

Sure, it is a little expensive but this router is easy to set up, it is super fast, and best of all both Orbis sport ethernet ports.

Now, this isn’t a highly technical review or anything like that. I just like the Orbi and it is doing a great job!

I suppose I should explain what the heck the Orbi is. It is one of a new generation of WiFi routers that use a mesh network to create one wifi network using a few routers that you place throughout your house. The mesh network allows the routers to talk to one another, and make sure that your entire house is bathed in sweet, sweet WiFi.

The main reason I went with the Orbi is not only does the main Orbi (the one you connect to your internet connection like a traditional router) sport 4 ethernet ports (a WAN port for plugging in your internet and 3 LAN ports for ethernet cables to your stuff) but the satellite Orbi (the one you place in a different room to extend the network further) also has 4 ethernet ports. This allowed me to simplify my home network by getting rid of an ethernet cable I had running into the den and a few dumb switches to boot.

At this point I should say that Netgear did have an issue where some of their routers had a serious vulnerability. They’ve released an update, but the Orbi didn’t have this vulnerability. And best of all the Orbi automatically updates its firmware, so you don’t have to try and remember to do it manually (as if anyone does that!).

The web admin interface is pretty nice too: 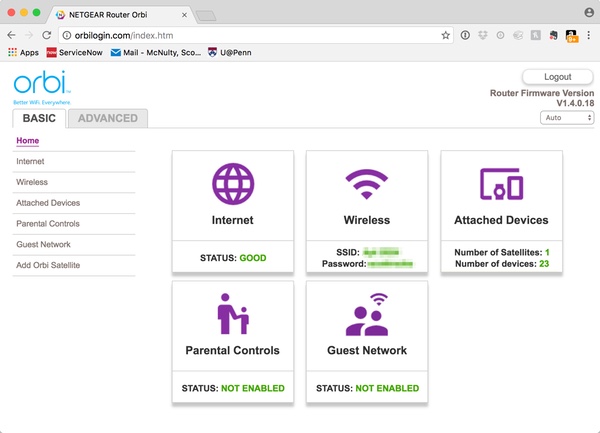 It seems I have 23 devices on my network at this moment: 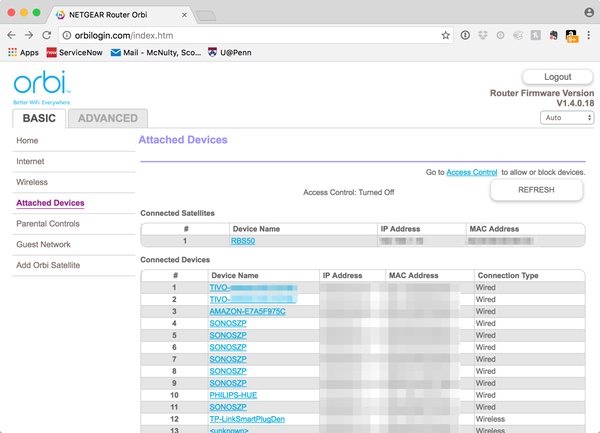 But is it fast? I ran a couple of speed tests from my MacBook and it is pretty darned fast. 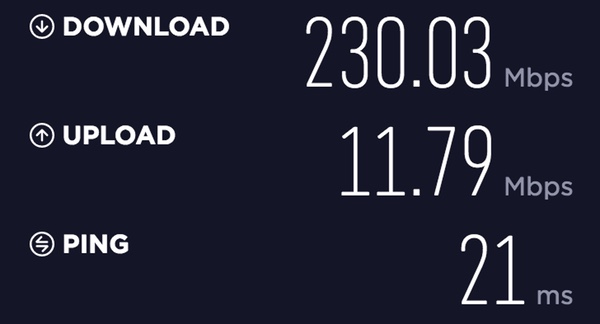 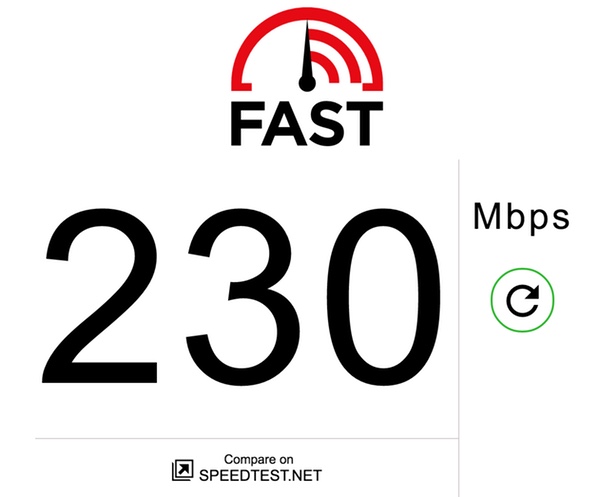 There are other mesh WiFi routers that offer more software features, but I’m glad I went with the Orbi because all I wanted was a network that was easy to setup and fast enough for all our streaming needs. The Orbi covers that easily.

And just to close the loop, The Wirecutter agrees with me! What a nice little coda, huh?

This year has sucked, but it hasn’t been all bad.

I’m writing a post per day for the rest of 2016 talking about some of my favorite things this year. Find the rest of the posts in this series here.