2016 in Review: Scott’s favorite way to pay for the trolley

SEPTA is a word that triggers strong reactions from Philadelphians and Pennsylvanians in general. People outside of Philly are annoyed that they have to help pay for public transportation for folks in a city they don’t live in (Thanks, PA!). Philadelphians aren’t thrilled with SEPTA’s general lack of… being good.

I don’t envy SEPTA though. The system is pretty large and has a puzzling array of options including:

I, as it happen, am a nearly daily trolley rider. I’ve been on the trolley almost every weekday for the last decade. And for the last decade nothing about the experience has really changed. Sometimes you get on the Christmas Trolley, but that’s about it.

‘Tis the season for the Christmas trolley. pic.twitter.com/E2KmggRrds

I’ve been buying, and using, tokens to get on the trolley for ages. I even have a cup on my desk full of tokens, just so I don’t forget to grab ’em on my way out (though I do often forget to reorder them when my supply dwindles).

SEPTA has slowly been rolling out a card based payment system called SEPTA Key. When I heard that there was a brief beta period where one could get a SEPTA Key with Travel Wallet (i.e. load up a card with money and use it instead of tokens) I got me to the SEPTA retail location and bought one. 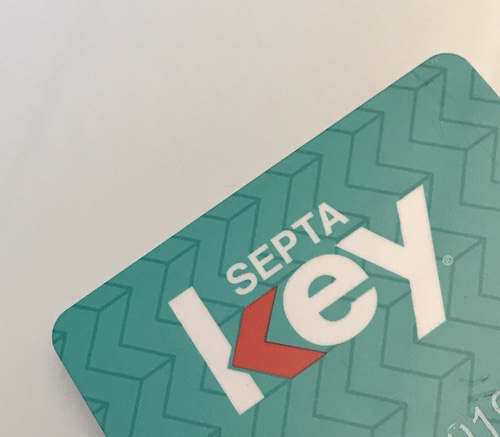 This thing is both great and not so great, but I still really like it. The Key card is contactless, so you just hold it up to the fare reader, it beeps, and you get on the trolley. Simple? Yes. Fast? No. The readers on the trolley seem to be pretty slow… so I always hold up the line a little bit as I wait for the approval bing.

I do like that I can just pop the card in my wallet and I don’t need a pocket full of tokens. Plus, when I reload the card I just tap it at a pay station, select how much I want to put on it, and pay with my Apple Watch. Very nice.

At the moment you can only pay for one ride with a Key card, so if you are looking to pay for multiple people on one ride you’ll still need dumb old tokens.

This year has sucked, but it hasn’t been all bad.

I’m writing a post per day for the rest of 2016 talking about some of my favorite things this year. Find the rest of the posts in this series here.