Who amongst us hasn't done this?

From the NY Time's article "Civil Rights Groups Call on Trump to Denounce Racism of Alt-Right:"

Asked on Monday about the comments, Mr. Spencer said he had gotten caught up in his passion for the alt-right cause.

“My talk certainly was strident, and it definitely was about getting a rise out of people and expressing excitement,” he said. “There’s a lot of cheekiness going on and exuberance.”

Of the salute that is synonymous with anti-Semitism, he said, “That was a rhetorical flourish.”

I sometimes get excited about something but that has never led me to done a Nazi salute... not even a little goosestep!

Now, I don't believe that all Trump supporters are racists like many of those in the Alt-Right, but I do think that if you are a racist you're probably a Trump supporter. And that should give the people who are supporting Trump because they are sick of politics as usual pause.

Also, I might have to add a Politics category to this blog. What is happening in the world?!

This is not normal

Trump won the election, and now he has to deal with people actually paying attention to what he says and does (seems a bit late, but hey we're doing it now!).

Ryan Pizza at the New Yorker examines Trump's first week as President-Elect and it ain't pretty. This passage stuck out to me as being particularly unpresidential (though I suppose we'll have to change what that means after the Trump presidency):

On Saturday, Trump made no appearances and no public statements, save for a single tweet in the morning: “This will prove to be a great time in the lives of ALL Americans. We will unite and we will win, win, win!”

On Sunday, Trump woke up and attacked the press:

9:16 a.m.: Wow, the @nytimes is losing thousands of subscribers because of their very poor and highly inaccurate coverage of the “Trump phenomena”

9:43 a.m.: The @nytimes sent a letter to their subscribers apologizing for their BAD coverage of me. I wonder if it will change – doubt it?

11:03 a.m. The @nytimes states today that DJT believes “more countries should acquire nuclear weapons.” How dishonest are they. I never said this!

After the election I, like many folks, spiraled into all sorts of worst case scenario thinking. I have hope that Pres. Trump isn't going to be as bad as I fear, though early indications aren't making me feel confident in that hope.

Marisa is away this weekend, and so I decided I wanted to keep this weekend politics free. Needing to clear my head yesterday I did what I so often do: went for a walk.

I've always been a walker, but after college I found myself not walking much. I missed the wanders I used to take and a FitBit gave me reason to pick up the habit again (and I just realized I've been FitBitting for 5 years!). 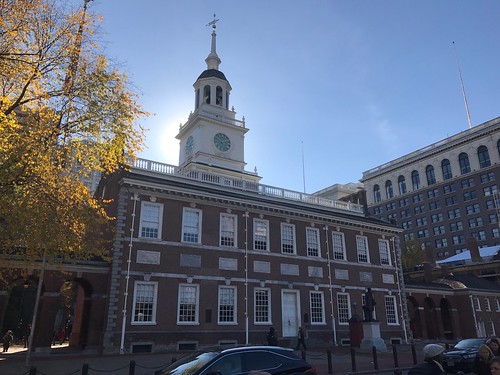 On my walk I came across Independence Hall and it reminded me that this country was born out of great strife in a troubled time.

As I continued my walk I passed the Second National Bank, a building I've walked past countless times: 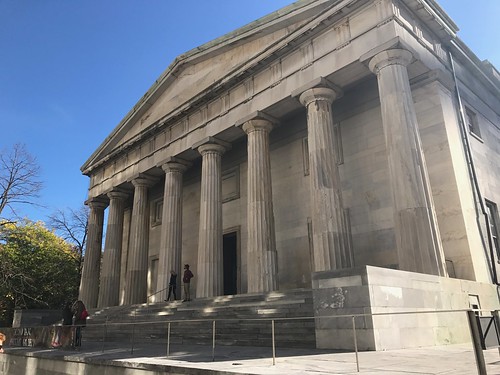 I've often wondered what it looks like inside, but I had no idea it housed a Portrait Gallery called "People of Independence!" I thought maybe this was a new thing, but it has been there since the 1970's. I went in and spent a good long time reading about every portrait in the place. 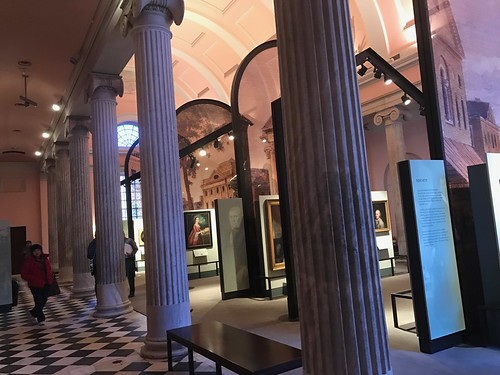 As you might expect, it was mostly white dudes who were involved with America's independence (along with a smattering of women and black folks). It made me feel better knowing that when times are tough there are people, maybe just a few but still, that stand up for what's right.

I don't know if I'm as brave as the people in that gallery, but I do know that I'll do my part in making sure that this president doesn't ruin all the work that has gone before.