I side with… Hillary 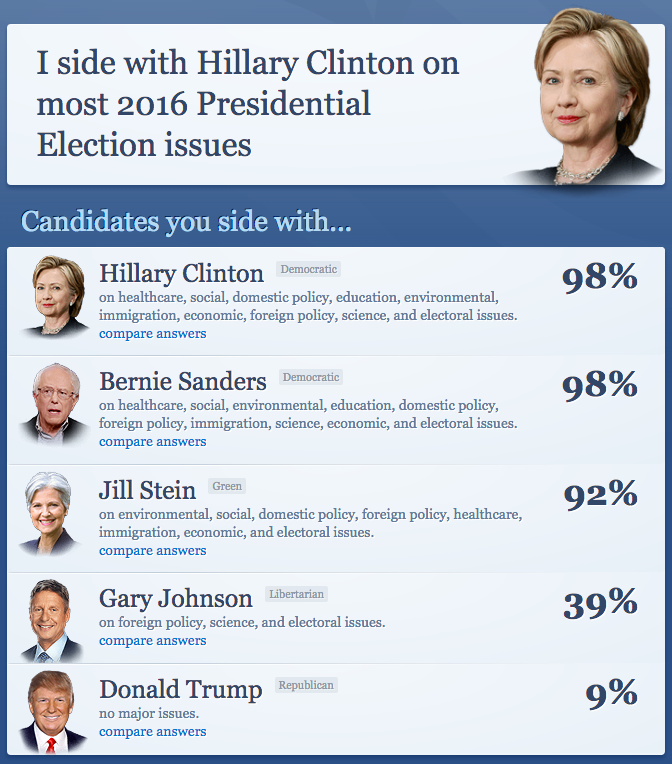 Why did I even consider myself a Republican? Well, I’m fiscally conservative (generally I don’t think anyone should spend more than they have, and that State and Local folks probably have a better understanding of where the funds should go) and socially liberal (I don’t think the government has any business telling people what to do with their bodies, who they should marry, and other things along those lines).

I have no idea who Jill Stein is, but it would seem I agree with her a lot too. And I’m not surprised to find that I agree with about a third of Gary Johnson’s views. Libertarian platforms always seem like ALMOST a good idea to me, but then you get to the point where they want to abolish the Department of Education and they lose me.