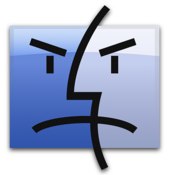 never really thought I’d be a writer. In fact, for a long time, I thought I was going to end up being a physicist. Fast forward to freshman year in college when I realized that calculus wasn’t for me and I waved goodbye to my aspirations of a career in the hard sciences.

I didn’t immediately think, “Well then, I’ll just be a writer!” I had to pick a major, so I went with English. I graduated, started looking for careers and ended up in Higher Education (which is where I still work!). I never really thought of myself as a writer until I saw a post by Barb Dybwad on The Unofficial Apple Weblog. They were looking for bloggers (not writers) and since I had been blogging for awhile and I liked Apple stuff I figured why not apply.

I sent off an email and waited. I didn’t hear anything, so I figured that was that.

This was all 10 years ago, mind you, but I still remember seeing that email from Barb asking me to join up with TUAW. I did, and wrote this first post, and after a few years I ended up becoming the Lead Blogger at TUAW. I covered a couple of Macworlds for the site (that first Macworld I wrote something like 25 posts A DAY, which meant that I didn’t talk to anyone at the actual event), “starred” in a couple of videos, and wrote and wrote and wrote (my back of the envelope math shows that for the 3 years I was there I wrote 2.7 posts a day on average, or a little over 3000 posts).

More importantly TUAW gave me the opportunity to meet lots of people: fellow bloggers, writers,  developers, and fans. So many people, in fact, that as I started listing them it grew so long that I decided not to include it with this post.

I left TUAW 7 years ago mostly because of AOL’s incompetence, so it came as only a mild shock to hear that AOL is shuttering the site and waving goodbye to all the talented folks who worked there. There’s some corporate speak saying that TUAW would be “rolled into” Engadget which means, I assume, the content will be absorbed into Engadget’s archives so they can still put advertising around it (and sip on that sweet, sweet SEO juice). A sad end to a fine site. A site that is directly responsible for the fact that I now honestly think of myself as a writer (though I still find it hard to believe that I’ve written books that you can buy in a bookstore! Sure, no one actually buys them, but they could and that’s what counts!).

Since today is the last day of publication for TUAW I wanted to thank everyone who read the site, anyone who was involved with it, and everyone I’ve met because of it. Writing for TUAW gave me my first taste of limited highly specific notierity (there was a time when I was recognized whenever I walked into an Apple Store), and my first realization that somewhere on the Internet there is someone who has nothing better to do than to tell you how whatever you’ve shared sucks (now I just go to Twitter for that).

You can read some more about my thoughts about TUAW in my farewell post (which used to have lot of lovely comments from readers wishing me well, but they seem to have been axed whenever TUAW changed commenting sytems. You can see why I have my doubts about the TUAW posts being around for the longhaul).