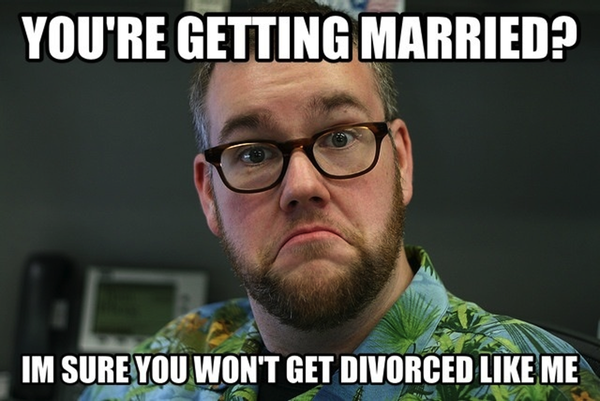 The Internet is an odd thing. Case in point, the above picture.

My Internet pal, and yours, Grant Robertson tweeted to me:

I was not! It seems Reddit user KodyRite came across my picture somewhere on the Internet (it happens), and decided my face could launch a meme called “Downer Dave.” The idea being: I congratulate someone on some good news, and then add some sad little sentence at the end.

I was amused (still am, really) and so I tweeted about it and went to bed.

The logical next step happened: Redditors in the comments section assumed this was a sad cry for attention from the person pictured (i.e. me) who must have submitted his own photo to create a meme featuring himself.

There are a couple of problems with this line of thinking:

Today I went out to meet a friend and came home to find this in my Inbox:

It seems the first post spawned another post on Reddit in the cringpics titled, “Guy on r/adviceanimals tries to turn himself into a meme called Downer Dave” featuring this picture: 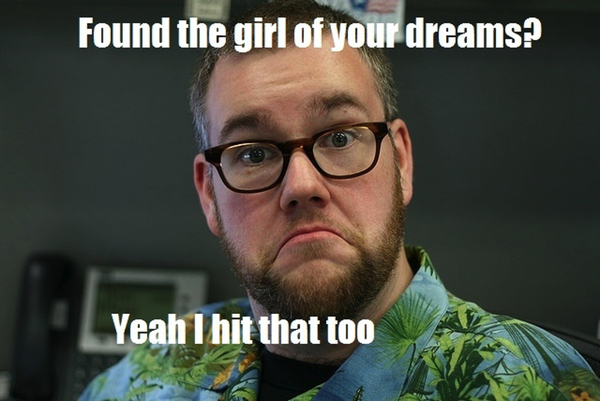 The comments, as one might expect, aren’t too kind to the chubby bearded fellow claiming to have had sex with some fictional lady. That being said most people seem to be more upset by the text alignment issues in the picture, which is pretty awful. Had I created this picture I can assure you that the text would have been properly aligned, and the joke would have been funnier.

My reaction to all this? Amused befuddlement. I did create a Reddit account so I could comment and say, “Nope, I didn’t post this,” knowing full well that it doesn’t really matter if the story is true. To channel Steven Colbert: it feels true, and that’s good enough.

Also, I look pretty good in that picture, don’t ya think?