It is a little known fact that I send Marisa lots of cat videos throughout the day, so why not share them here? Here's a ninja cat, via Laughing Squid.

Everything is coming up D&D 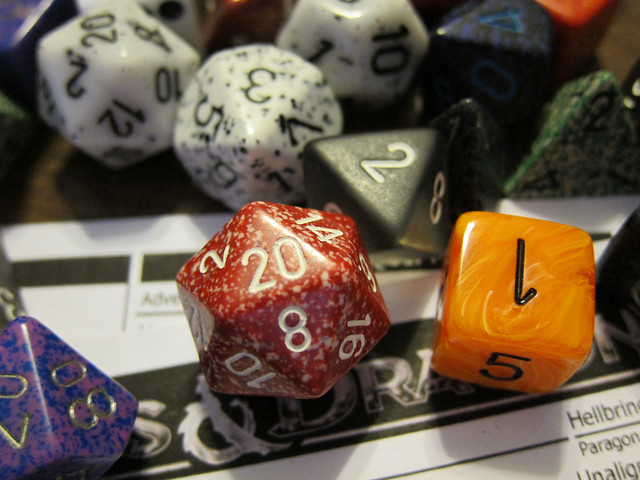 The last couple of weeks have been heavy on the D&D for me. First, the long time in the planning the Incomparable D&D session happened over the weekend. The podcast isn't up, but you can watch it on YouTube if you're into that sort of thing (and who isn't).

I also penned a piece for The Magazine about how D&D has shaped me as a person. The isn't my normal kind of writing, but I'm pleased with how it came out (thanks to Marisa for helping, and thanks for Glenn for accepting the pitch!).

Let me know what you think of the piece. I'm very curious because this kind of writing is outside of my comfort zone. I'm also concerned that the last section makes me out to be something of a sociopath, but I'm really not! You can trust me, I totally have "human" "emotions."

Amazon is much more excited about my shampoo order than I am.

2013 Hugo Awards and my misplaced hopes

Ever since I started a concerted effort to read all the Hugo nominated novels (check out the Incomparable episodes: 2011 and 2012) I've been disappointed with the awards in general for two reasons: my own misconceptions and Mira Grant. Oddly enough, they are related to one another.

In my mind the Hugo award nominees represent the finest, most creative and interesting writing done in science fiction novels during the previous year. While this is true for some nominees that's not what the Hugos are. The Hugos are voted on by the readers, which means that at the basest level the Hugos are a popularity contest.

Which explains why every novel in the Newsflesh series by Mira Grant has been nominated. I'm sure Ms. Grant is a lovely woman, and clearly there are people who enjoy her work. Kudos to her! But do her novels represent the best that science fiction has to offer? No, they do not. However, lots of people like her and her books are very easy to read and are fun if you don't mind overly repetitious prose, blunt force world building, borderline incest, cardboard villains, and rudimentary plotting.

I will be reading all of the nominated novels for the Incomparable yet again. Luckily I've already read 3 out of 5. Here's the list:

Nine books that should have been nominated

It is all well and good to complain about the books that got nominated, but a real critic should provide some alternatives. Looking over what I read last year that were Hugo eligible, I've come up with nine books that should have been on the list:

There you have it, add my voice to the chorus bellyaching about the Hugos. Of course, say what you will be the awards but at least they get people talking about, and writing about, science fiction. That can't be a bad thing, right?