Generally I'm against bootlegging but...

‘It’s not the right thing to do, but I did it,’ Mr. Strachman said, acknowledging that his actions violated copyright law.

‘If I were younger,’ he added, ‘maybe I’d be spending time in the hoosegow.’

He also gets bonus points for using the word "hoosegow" non-ironically, as only a 92 year old DVD pirated can.

Ever since the Hugo Award nominees for 2012 were announced I can't tell you how many people have asked my opinion about them. Ok, I can tell you: zero. However, I won't let a silly number like that stop me from sharing with you, my Internet friends.

This is one of the first years I've read a majority of the Hugo nominated novels before they were announced (3 out of the 5 beforehand) mostly because of my participation in the Incomparable book club (listen to the episode where we discuss 2011's nominated novels). Since the nominations have been announced I've managed to read the other two novels (I owned one and the library provided the other).

Now, last year I read almost all of the nominated novels, with the exception of Connie Willis' Blackout/All Clear (two novels that were considered as one for some reason). I bet my hat that The Dervish House was destined to win since it was the best novel I had read in a long time (I was also fairly certain that Feed's inclusion was some sort of clerical error).

I tell you all of this so you can get a feel for my track record. Last year not only did Connie Willis walk away with the award (she's a great writer, and since I haven't read her novels as of yet I can't say with certainty that The Dervish House was a better book, but I'm pretty sure it was) but Feed, which I hated, managed to garner more votes than The Dervish House.

With all of that in mind, here are my thoughts about the nominated novels this year (here's the full list of Hugo nominees this year):

Generally, I'm a novel kind of guy but John Scalzi rounded up links to all the nominated short stories this year so I decided to read them. They are all worth your time to read, especially since you can read them for free, but there was one that really stood out to me.

Here are my thoughts, and my pick: 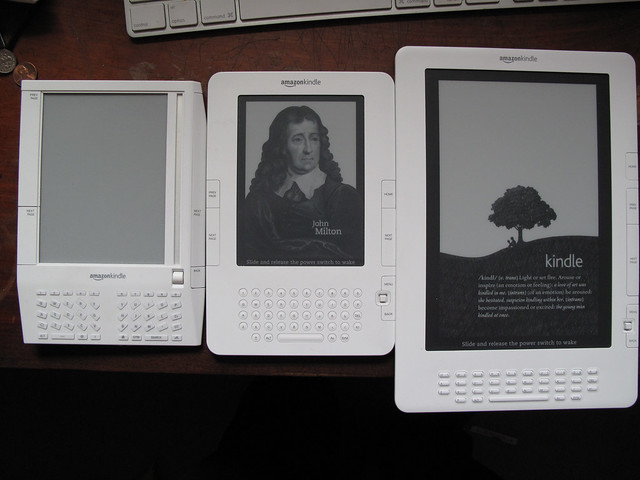 This article on The Atlantic and Chip Kidd's TED Talk about the importance of book covers got me to thinking about, of all things, eReaders.

Specifically the fact that every eReader I've used (and I've used many) displays some sort of image when it is "sleeping." Amazon even sells Kindles that show ads when the device isn't being used.

Why not display the cover of the book currently being read on the device when it is sleeping? I love book covers, and I miss seeing them when I'm reading something, so why display them?

This would have to be an optional setting, though, because one of the great things about eReaders is that you can read super trashy novels in public and no one ever knows (not that I would do such a thing).

Hey there Blankbaby readers (reader?), I have a question for you. I've been doing lots of reading the last couple years (20 books so far this year) and not so much blogging (obviously).

To rectify this situation (and attempt to make some sweet, sweet Amazon affiliate money) I'm going to write about the books I'm reading. The question is: should I do that here on Blankbaby or on the reading blog I started long ago called Scott's Reading List (which you probably didn't even know about)?

Sound off in the comments!

Also, how do you like the snazzy new design? Pretty sweet, huh?

People who say they iPad doesn't get uncomfortably hot are living in denial.

I've had a simliar experience with my iPad 3 so far. The heat isn't really an issue, but it is noticable. Perhaps some units have some misappiled thermal paste or something (I don't even know if there is any thermal paste on the processor in the iPad, that's just a complete guess).

This ad for The Game of Thrones on my Kindle is brilliant and timely. 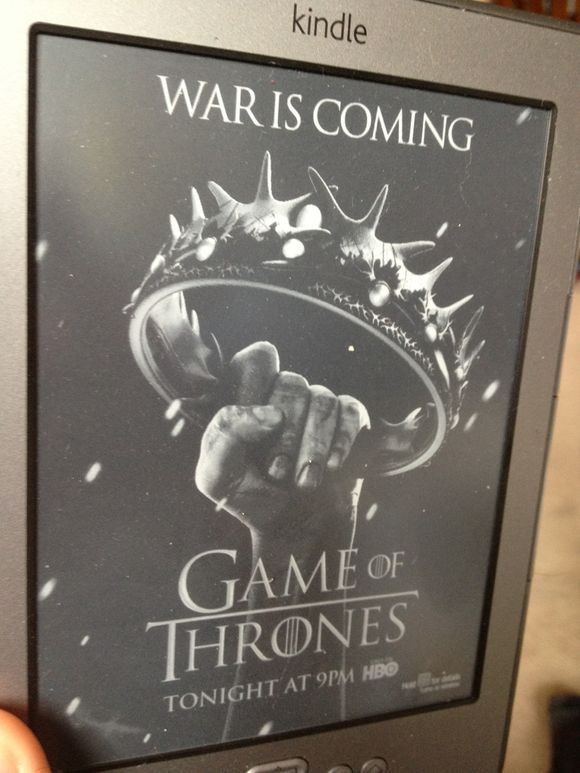