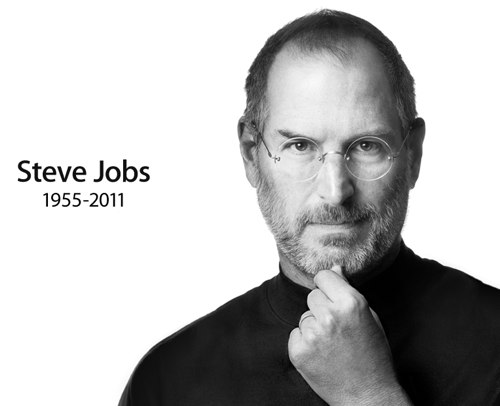 Oddly enough, I don't think I would be married to Marisa if it hadn't been for Steve Jobs.

Allow me to explain: the first time Marisa and I ever hung out for more than a few minutes alone with one another was when I helped her diagnosis an iBook with a failing hard drive. I spent hours sitting at the dining room table (which is now our dining room table) running diagnostics and what have you. That is where our friend began, over that piece of silicon and plastic which wouldn't have existed without Steve. Over time (ok, a long time) our friendship deepened into love and eventually we figured out that we should be together.

Thanks for that, Steve.

I don't really have anything profound to say about his death, other than 56 is too young for anyone to die: world changer or not.