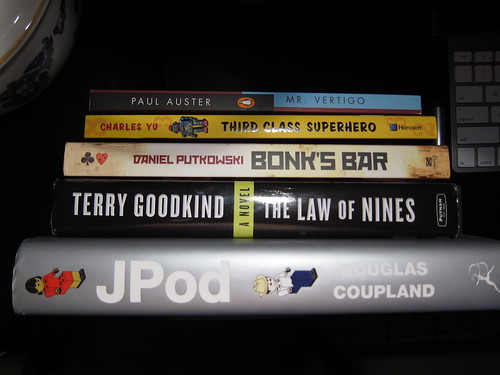 You may not know this about me, but I live in a building where a lot of older Jewish people live. I don't have a problem with this. They are very quiet, the elevators are easy to get late at night, and they can be quite entertaining.

My building has a little library in the community room, which I have never been to. However, the library had a book sale last week to raise some money.

Given the key demographic in my building, I didn't think there would be many books of interest to me but at a buck a book I figured I could take 15 minutes to check out the wares.

I'm glad I did because I ended up spending $5 on the following:

When I went to pay for my five books the little old lady looked at them and said, "Great! We don't get many people with such esoteric taste."

Not sure what she meant by that, but I'll take it as a compliment.