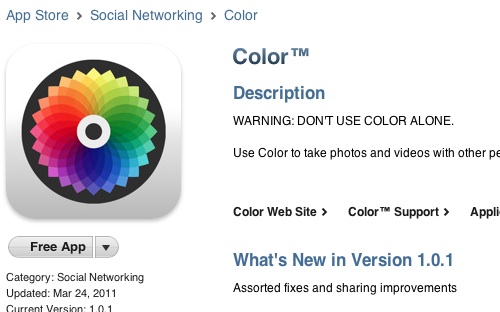 Here's how I think it should read: 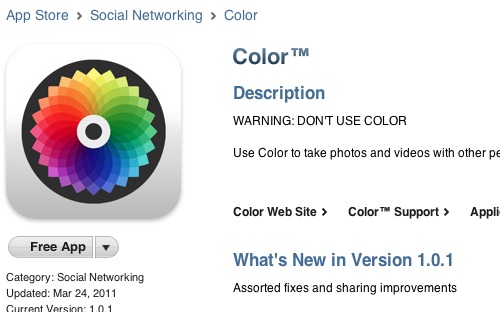 Oh, grandpa is drunk and passed out again 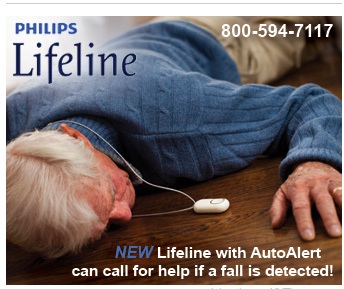 Lost and found around Apartment 2024

Sometimes living in a big building with lots of other people (many of whom are elderly) is a drag. I know Marisa would like some outdoor space, and I would prefer never having to engage in small talk while in the elevator.

That being said, there are some up sides to our current living situation: your chances of having something very odd happen are much higher.

My evidence is as follows:

The other day I was going to pick up something at a near by retailer. I doffed my baseball cap and made my way to the elevator bank down the hall from our apartment. In between two of the elevator banks is a small table which usually has nothing of interest on it. That day it had this on it: 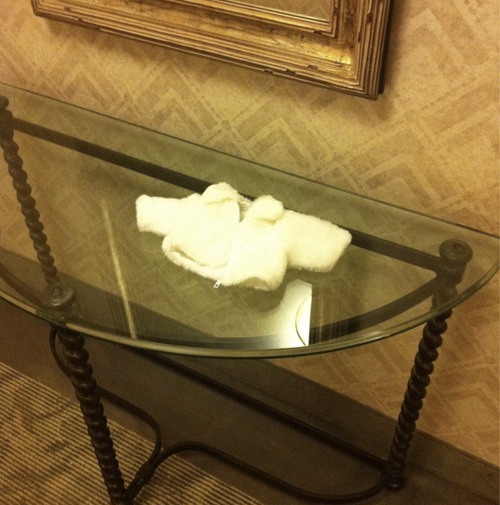 A couple of days later the coat was gone and, I can only assume, a little person in Philadelphia was much warmer.

Our building has a bulletin board set up by the mail room where residents can post placards and announcements. I often read whatever is posted because I have an odd sense of humor... and people post some weird stuff.

How weird? Here's the most recent odd posting: 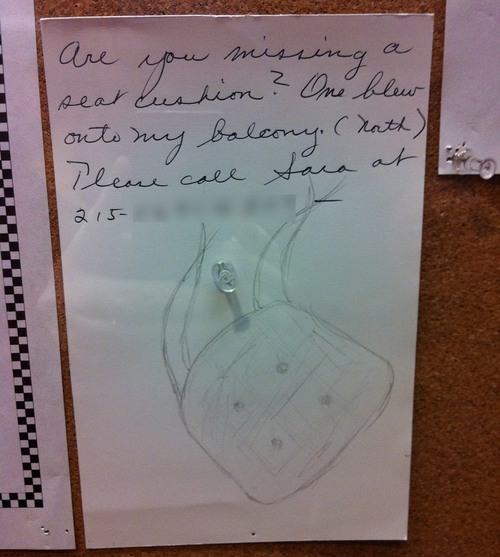 It takes a special person to not only post about a miraculous seat cushion, but go the extra mile and include an artist's rendering to help identify said cushion.

If the cushion is yours let me know and I'll pass along the contact number.

How to kill a pirate

That's what I thought this blog post was about. Sadly, I was mistaken.