This computer has been sitting in my closet for a number of years, neglected and nearly forgotten. A couple months ago I got it into my head that I should totally put it up on Craigslist and get a couple bucks for it (this is a circa 2003 PowerBook G4 with a couple gigs of RAM and a 1 GHz G4 chip… that’s right, Mac users, there was a time when Apple didn’t use the same chips as almost every other computer maker!).

I got it out of the closet, slapped Snow Leopard on it and then just put it back into the closet.

Today, whilst avoiding working on my new book, I decided that the den really could do with a little tidying (which it invariably can. The den is ‘my room’ in the apartment, which means that Marisa generally allows me to keep it as cluttered as I like… within reason. Sometimes it is too much for her and she cleans up a bit… there is only one place in the entire apartment that is off limits to Marisa: my desk. It is generally a disaster area, and that’s the way I like it. Marisa tried to convince me that it would really be OK if she just straightened up my desk for me from time to time… but I will have none of it! She even went so far as to clean it up thinking I wouldn’t notice. Foolish woman). I spent a few hours recycling paper, shredding stuff, folding clothes, and generally acting outside my normal routine.

As I was putting some pants back in the closet I spied the above PowerBook sitting in its box. I thought, “Heck, I can put it up on Craigslist right now for $100 and be done with it.” So I grabbed it, cleaned it up a little and took a few pictures of it.

All systems were go, but I had forgotten if I wiped the drive of all my data, so I plugged the PowerBook in and powered it up. Well, I should say I attempted to power it up since the PowerBook wasn’t interested in working.

Now I can’t even sell the damed thing so I’ll probably end up recycling it.

Oddly enough, seven years ago this month I was making ready to move to Philadelphia, and I even wrote a blog post using this very PowerBook on a train to Philadelphia where I was going to sign the lease on my first Philly apartment (and I was totally right about moving my stuff up four flights of stairs. It sucked… and I was about 100 pounds heavier than I am now so I wasn’t much help. Sean and Elisa moved most of the stuff for me… though I did buy lunch and dinner for them as I recall).

Also found in the PowerBook box was this: 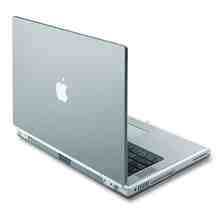 I know what you’re thinking, “Didn’t Apple sell internal AirPort cards for the PowerBook G4?” They did! Since this was several years ago I couldn’t afford to get the PowerBook with the AirPort card pre-installed. In fact, the only reason I got this PowerBook G4 was because Apple, in a rare move, decided that they had so messed up with the industrial design of the Titanium PowerBook (which I bought the moment it was announced at Macworld Expo 2001. You can check out Steve wowing the crowd with features like a 5 hour battery life, a built-in DVD player (OMG!), being 1 inch thick and made of titanium. “Like the spies planes,” quoth Steve Jobs.) that they had a trade in program. You sent Apple your old and busted Titanium PowerBook (I named mine Timmy) and they would sell you a new, aluminum, PowerBook for a steal.

I sent in Timmy and anxiously waited to see if Apple would send me a new PowerBook (Timmy may or may not have had a run in with a full glass of water that necessitated me leaving the PowerBook off and upside down for a few days to dry out). Luckily, Timmy was up to snuff and Apple sent me Ambrose. 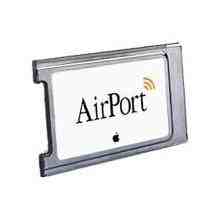 I was quite exited to get a new computer, and shortly there after I ordered an AirPort card. The card came, I disassembled the computer to install it… and the darn card didn’t fit! I figured out that I was putting it in upside down (I’m clever!) and it slide right in. All that was standing between me and wirelessly surfing the Internet was a plugging in a small cable from the PowerBook to the AirPort card. The cable was pretty snug, and it was JUST a little too short to plug in, so I pulled on it a little. Nothing. I pulled a little more. Nothing. Finally I pulled a little more and, success! If by success I mean I ripped the cable right out of the PowerBook.

And that, ladies and gentlemen, is they I bought this external WiFi card for my PowerBook.

Anyway, I’ll be recycling Ambrose at some point, but he was a good computer (I’m keeping my G4 Cube though!).

Who is this Blankbaby fellow?

Scott McNulty is a writer and podcaster who lives in Philadelphia.

Want to hear his voice? Check out his podcasts (yes, they are mostly about Star Trek):