I remember when 'personal brands' were called 'personalities.'

I remember when cult leaders where the only people who had followers, and making friends was a littler harder than clicking a button.

I remember when conversations took place face to face.

Social media has changed all that, though. Now it is all about 'following your DNA,' and Digging your top ten list while rushing to get into the latest closed beta from yet another company that promises to help you manage your online interactions, or that let's you tag your workout schedules.

Don't get me wrong, I love the Internet. I blog like a maniac, I Twitter with the best of them... but lately the ratio of sensible talk to crap spewing has really gotten out of control.

Alex Hillman who I am a big fan of, is a passionate and smart fellow. I recall when I first met him (well, the second time I met him) all he could talk about was co-working. And then every subsequent time I saw him over the next year all he could talk about was co-working. His focus and drive is very impressive (and you can't argue with the results: I'm a huge Indy Hall booster even though I am a lame work a day dude myself).

Clearly, I wouldn't have said all these nice things unless I was leading up to something less than nice (that's a rhetorical device, kids). Alex recently penned his first post on Mashable (a site which I find almost as annoying as TechCrunch, but not quite) titled "How to Know if You Should Fire Your Social Media Consultant."

He missed one important sign, though: they use the term 'social capital exchange' without a hint of irony (what does it even mean?!). Call me old fashioned, I won't hear you over my phonograph anyway, but what the hell is a 'social media consultant' anyway? Is that like paying someone to find you friends? I'm all for people getting big corporations to give them lots of money for very little work, but when a whole class of people who seem to exist merely to go to conferences and talk about the same things over and over again, with the same people, crops up I know that the party is over.

But who am I to stop you from thinking that Gary Vaynerchuk is a genius for telling people to do what they like, and work hard? If you want to spend all your time making virtual friends rather than actually creating something be my guest. But I, for one, would like it if you did it quietly and without labeling yourself as an expert on anything.

Yep, I'm an Internet Curmudgeon. I can't be the only one out there. Someone else must have to resist rolling their eyes as much as I do when someone introduces themselves as a 'social media consultant,' or suggests that what your small business really needs is a CXO (that's 'Chief Experience Officer'), can I?

I leave and TUAW gets a redesign

One of the things I harped on over and over again when I was in charge of TUAW was the need for a re-design. I watched as smaller WIN sites got a re-designed and was assured that TUAW would get the same treatment sooner or later.

The other thing that I really tried to get, as soon as the iPhone was released, was an iPhone specific version of TUAW.

I left TUAW a little while ago and today they unveiled a new design (with a new logo that I don't really care for). i.tuaw.com has been up for awhile now too, though it is being publicized now.

Good job to all my former TUAWers! Imagine all the other good things that'll happen now that I am gone!

Twitter is a wonderful thing (though some people ascribe to it a little more importance than it warrants). I often think of it as a magical device into which I put my desires and after a certain period of time they materialize.

When I found out that I would be going to Las Vegas for a conference I wanted to figure out what I should do with my non-conference time. I don't drink, smoke, or gamble much... and those are the headline attractions in Vegas (I saw many people doing all three at the same time... at 8am). I turned to Twitter and asked my followers what I should do in Vegas. Someone suggested that I check out a Cirque du Soleil show. I checked out their offerings and figured I would, in fact, see one of their shows.

Shortly after that suggestion the Cirque du Soleil twitter account started following me, and echoed the sentiment that I should check out one of their shows (shocking, I know). In a desperate, and transparent, attempt to cash in on my very minor web celebrity I suggested to the Cirque du Soleil twitterer that they give me two free tickets to a show. Imagine my surprise when they offered to give me media tickets to any show in Vegas (other than Love, which was kind of a bummer because that is the one Marisa really wanted to see). I took them up on the offer, and let Marisa pick the one that we should see. Marisa, being Marisa, decided we should see Zumanity, which is their 'adult show.'

Fast forward a few weeks and I find myself sitting in the audience, next to Marisa, waiting for Zumanity to begin. Marisa turns to me and says, 'Is this going to make you uncomfortable? Hmm, I suppose that is something I should have asked you a couple months ago.' She had a point, but I am a grown man and I can handle a little nudity so I assured Marisa that I would be fine (and I was).

The ushers all wear dresses and T-shirts that make them appear to be naked (you know the ones) and they are pretty darn convincing in a dark theater from far away. The theater itself looks as you would expect from a theater hosting an adult cabaret (it was kind of dark, lots of red velvety fabric).

Before the show starts some of the cast mingles with the crowd, and lets you in on the vibe of the show: audience participation plays a big part. I, personally, hoped that I wouldn't have to be involved with the show and I wasn't (though one of the cast members did rub my belly and say, 'So soft!' I would have been insulted if it weren't true, especially when compared to the fellows in the show. I think they might workout a little bit).

As with all Cirque shows (I assume) there was a healthy mixture of dance, music, and acrobatics. I was particularly impressed by the two women (topless, of course) who did a number of tricks in a small water filled bowl (it was big enough to hold them both, but I wouldn't have believed it was large enough for anyone to dive into, until I saw them both dive into it. It was very cool). The most 'shocking' part of the show is the 'Fighters.' Two guys are on the stage, and they have a fight/dance that makes it clear they aren't each other's fans. It all ends with them kissing, which drew some surprised gasps from the audience (though more applause than gasps).

Would I recommend that you spend at least $69 on a ticket (see what they did there?)? If you aren't offended by topless ladies and men in g-strings dancing about, and the possibility that you might be called onto stage doesn't make you sick then by all means. Marisa and I both had fun, and the show itself is visually stunning (the cast members are talented and good looking, which helps their cause).

Blankbaby TV: Let the good times roll from Fork You on Vimeo.

Once again I break out the Kodak Zi6 and shoot some video. This time I take some video of my recent trip to Las Vegas. 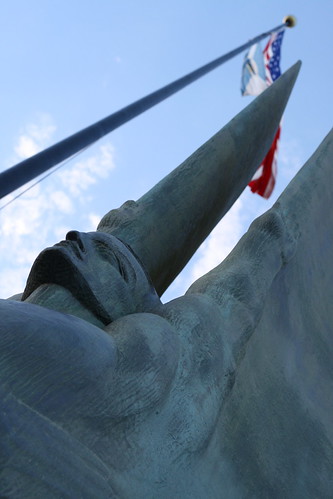 Friday we visited Hoover Dam and it was a very good time. Well worth the hour or so drive from Las Vegas. Check out my pictures from my Las Vegas trip to see more. 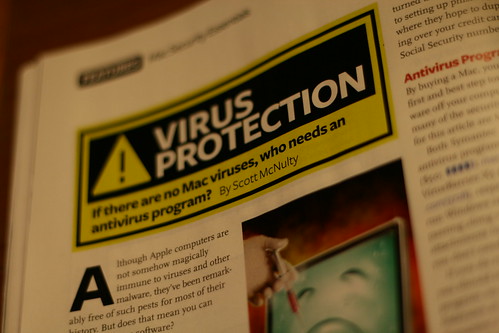 I wrote about my first piece for Macworld (my review of NAV11) a couple of months ago. That piece was one of four things I wrote for Macworld all around the same time. I was asked to write up three antivirus reviews (which I assume is what the Macworld editors use to haze new Macworld writers... turns out Mac users really don't like antivirus software. Who knew?). As I was writing the reviews I got an email from Dan Miller asking me if I wanted to write a section for the feature section of the October issue, which was all about Mac security. The section I was to write? Do Mac users even need Antivirus software? It made sense to me, since I was already doing research for the reviews, and so I agreed. A few months, and a couple of drafts, later and now you can buy a magazine with someone I wrote in it. Pretty cool! Also of note, in the intervening time between writing those pieces for Macworld and the magazine going to print I actually jumped ship and joined the merry crew at Macworld (blogging for them, of course). Funny how things work out, huh?

Visiting Mount Vernon with my mom 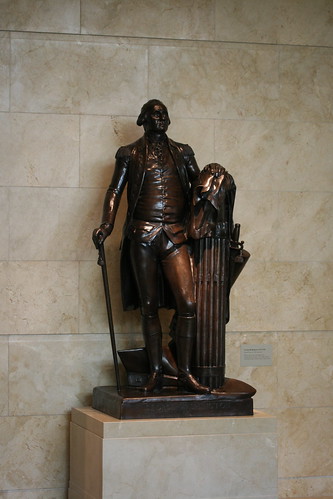 This July I went to visit my mother for her brithday, like a good son. Since it was my mom's birthday I was just for doing anything that tickled her fancy. Turns out she wanted to go to Mount Vernon, George Washington's pad. I was delighted since I like going to crap like that (which, I am sure, means that my future children will hate going to things like that).

Off we went to Mount Vernon, and we found out a number of interesting things about Mr. Washington:

I took lots of pictures, as is my way, and you can see them all here.

Marisa went out of town this weekend and left me to my own devices. Since I recently acquired a new device (see what I did there?), I thought I would record a Scott only Fork You using my Kodak Zi6. It looks (and sounds) pretty good considering it was recorded with a camera that costs less than $200.

Keep in mind that the footage above was shot in 720p (that's HD, folks) but encoded three times: once from Final Cut Pro to QuickTime, then from QuickTime to MP4 (though I don't know if it will actually play on an iPhone), and then by Viddler. Check out the QuickTime version here.

People, we're living in the future.