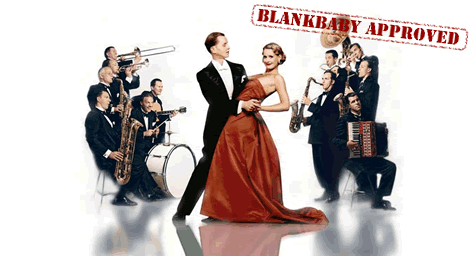 Tonight I had the good fortune to see Max Raab & the Palast Orchester in concert, and I must tell you that was the best $40 I have spent in a long time. Those Germans sure do know how to entertain, and entertained I was.

If you aren’t familiar with Max Raabe, shame on you! He is a German cabaret singer who sings classics from the 20’s and 30’s backed by the Palast Orchester. Tonight they entranced a crowd at the Kimmel Center for a few hours, and we were transported back to a different time. I felt like we should have all been dressed in our finest (tuxes for the gentlemen and evening gowns for the ladies) whilst dancing on a large black and white checkered marble floor. Good thing we weren’t though, since I was something of a third wheel (though in this case I was a fifth wheel). I would have been dancing with myself and we all know what that’s a euphemism for (or is it?).

Max has that 30’s sound down pat (if you don’t know what I’m talking about think a cross between nasal and tinny, but in a good way) and the Palaster Orchester know how to play (and the lone dame in the group is quite the looker to boot). They seemed like they were having the time of their lives and that energy was sent to the audience, who seemed to enjoying the evening just as much (each number’s completion was met with a rousing round of applause).

During intermission I used the restroom (they are nice) and then attempted to purchase a CD. There was one lone CD salesperson who was besieged by Raabe-heads jonesin’ for a CD. People were just slapping $20 bills on the table faster than he could hand out the CD’s. I was a good man though, and I waited my turn. I was rewarded with a copy of the same CD that other, pushier Max Raabe fans bought but I got something that was much more valuable than any CD: an air of superiority over those other gauche concert goers. Shoving is for plebeians.

Favorite moments of the evening? Here are a few:

Sherri and Badger were also in attendance, though I hear Badger was a naughty boy. Badgers, ya can’t take ’em anywhere.

A big thanks to Becky, of Good Grief! fame, for organizing this outing.

6 responses to “Blankbaby Approved: Max Raabe and the Palast Orchester”